Despite advances in hospital standards of care, routine neonatal care, antibiotics and prolonged hospitalization can have detrimental effects on the infant gut microbiome. These often-unavoidable practices, together with gestational age and immune immaturity, place preterm infants at uniquely elevated risk for developing gut dysbiosis.1 In neonates, the consequences of dysbiosis range from feeding intolerance,1 to serious infections and life-threatening conditions, such as sepsis and necrotizing enterocolitis (NEC).2 Evidence suggests administration of the appropriate probiotic can be an effective approach to shift the neonatal gut microbiome toward a more protective balance of microbes;3 however, with the variety of products available and the range of claims and formulations, choosing the right probiotic can be an overwhelming task. To facilitate this process, three important considerations are recommended when evaluating a probiotic for the NICU.

Scientific evidence of efficacy and proven mechanism of action

Arguably, the most important aspect when choosing a probiotic is the level of evidence-based data to support efficacy. Evidence from peer-reviewed and appropriately controlled studies is imperative, both for safety and to support anticipated beneficial outcomes. Importantly, data must be available at the bacterial strain-level, as the functions and benefits of a given strain are not generalizable to other probiotics of the same bacterial species.4

A clear mechanism of action for each strain is another key aspect in probiotic evaluation. In the NICU, pathogenic species from hospital surfaces invade the susceptible preterm gut, further exacerbating dysbiosis and contributing to nosocomial infections.5 The overabundance of pathogens triggers intestinal inflammation and enterocyte injury, which are thought to be significant risk factors in the development of NEC and sepsis.6 Probiotic strains with an elucidated mechanism to displace pathogenic bacteria in the infant gut and reduce enteric inflammation are most likely to improve health outcomes in this population.

Probiotic products should contain a strain that naturally colonizes the healthy infant gut. These probiotics have a better chance of colonizing in high numbers and out-competing harmful bacteria, while having a favorable interaction with the immune system.7 Specific species of bifidobacteria are the first colonizers of the healthy infant gut. B. longum subsp. infantis (B. infantis) is the most adept at colonizing the infant gut by utilizing oligosaccharides from human milk (HMO). More specifically, B. infantis EVC001 (note the strain-specificity) unlocks crucial developmental nutrition from HMOs,  plays a key role in early immunological development8 ut barrier function.7,9 Feeding B. infantis in combination with human milk favorably alters the microbiome of term and preterm infants.7,10 In clinical studies, feeding B. infantis EVC001 significantly reduced inflammatory responses11 and the abundance of pathogenic bacteria known to carry virulence factors.12,13 Mechanistically, B. infantis EVC001 displaces pathogens by competing for nutritional resources in the gut and producing antimicrobial compounds in the form of organic acids such as lactate and acetate.14 These organic acids reduce the colonic and fecal pH, which further discourages the growth of acid-sensitive pathogens.15 Infants fed EVC001 also experienced significantly less degradation of the protective gut mucosal barrier compared to infants not fed the probiotic.16 The EVC001 strain was isolated from a healthy breastfed infant and its benefits in neonates are supported by a growing number of peer-reviewed studies,11,12,16–18 making B. infantis EVC001 an ideal probiotic strain for use in the NICU.

Powdered and liquid probiotic formulations are the two main options for consideration.  Powdered probiotics are more widely available due to the lower manufacturing costs; however, the use of powdered products in the NICU is heavily discouraged.19 Powdered probiotics can aerosolize up to three feet in distance when opened, contaminating surrounding surfaces and the hands of the opening operator,20 increasing the risk of central line infections and cross-colonization between patients. In the absence of alternatives, guidelines recommend handling powdered products at a designated location separate from patient care areas. These additional safety requisites often involve laborious multi-department logistical coordination which can be disruptive to day-to-day operations of the NICU staff. Additionally, careful sanitation steps and aseptic technique are required to prevent the inadvertent introduction of pathogens during preparation, and once reconstituted, some ingredients can serve as media for the multiplication of infectious bacteria. For these reasons, official guidelines from the Academy of Nutrition and Dietetics (AND) and the Centers for Disease Control and Prevention (CDC) recommend, that liquid product formulations should be chosen for use in the NICU whenever possible.19

Probiotic manufacturing, quality, and safety are imperative when providing a probiotic to vulnerable NICU patients. Key considerations when evaluating quality of a probiotic product include accurate labeling, transparent quality testing and verifiable bacterial counts for each individual strain listed on the product label. In a recent position statement, the European Society for Paediatric Gastroenterology Hepatology and Nutrition (ESPGHAN) stated, “manufacturers should provide certificates of compliance and analysis to be able to address at least strain identity, purity, viability at end of shelf life, and antibiotic susceptibility and resistance profiles”.21 Health professionals must ensure the probiotic label lists strain designation and visibility to the individual counts for each bacterial strain. Manufacturers must also be able to provide a certificate of conformance upon request, to confirm the product is labeled correctly, free of contamination, and viable until time of administration to the NICU patient. Finally, because certain bacterial strains are particularly susceptible to temperature fluctuations, manufacturing and distribution of temperature-sensitive products must be protected by cold chain to ensure viability at the time of administration. Taken together, rigorous scientific evidence proving efficacy, product formulation, and quality of manufacturing are critical aspects to consider when evaluating a probiotic and could make the difference in achieving intended health outcomes in NICU patients.

The first and only infant probiotic clinically demonstrated to functionally metabolize human milk oligosaccharides to improve the biochemistry of the infant gut.
Learn More 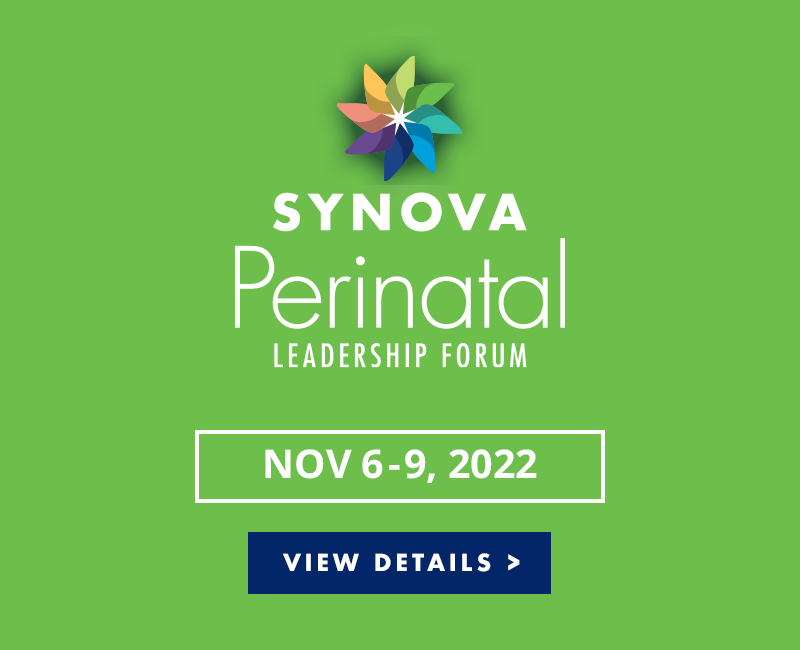 Enfamil Liquid Human Milk Fortifiers – Open and Use Up to 48 Hours! 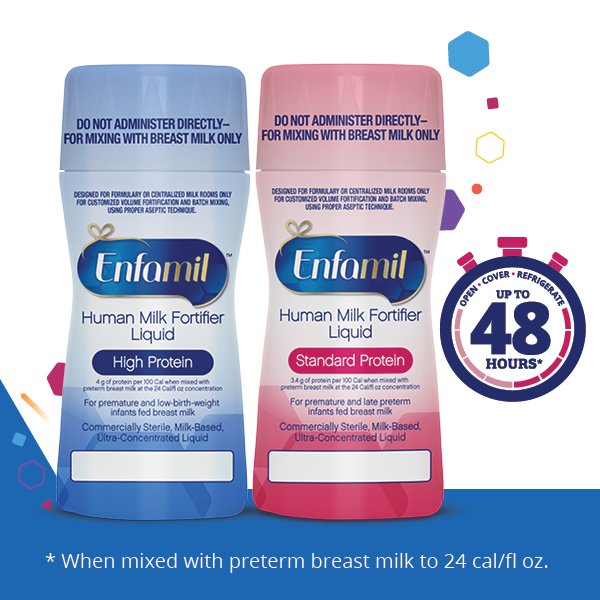